|FR | Marianne, IT Director of a major hospital 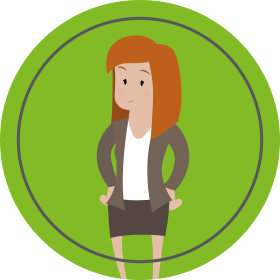 Marianne, IT Director of a major hospital

Marianne is head of the IT department of a large hospital. It manages a team of 10 people and must guarantee to the whole hospital that the network is always operational. The slightest problem is the well-being and safety of staff and patients.

The IT infrastructure has become increasingly complex within the hospital where Marianne works. More and more hospital-specific devices have been connected. This demanded greater network management capability, a clear vision of the entire infrastructure and greater maintenance responsiveness.

Being aware that their delay represented a real danger to the safety of the patients and the comfort of work of the whole hospital, Marianne decided to adopt a monitoring system. His choice was based on ESIA.

Since joining the hospital, Marianne has been able to improve the management of her entire infrastructure. They now act preventively and now have a global vision of the hospital.

What really seduced him was the ability of ESIA to also supervise the equipment specific to the various services, such as electrocardiograms or ICU syringe shootings.