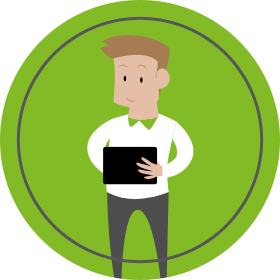 Bernard is the Chief Financial Officer of a Company for more than 15 years. On a daily basis, it ensures, inter alia, that good investments are made and that all other departments remain profitable.

The company where Bernard works has grown and evolved since its inception. Over time, Bernard has ensured that each department follows this evolution, always keeping in mind the optimization of costs.

However, in recent years, the IT department has increasingly requested resources (both human and financial) to meet the needs of the company.

As a direct result, the problems related to computer facilities have multiplied. So much so that today Bernard questions the efficiency and profitability of this team.

When he expressed his doubts to the head of the IT department, the latter confirmed to him that his employees devoted the majority of their time to the maintenance of the network. But this could change by integrating a monitoring solution.

If the technical aspect did not interest him, Bernard searched the possibility of optimizing the costs of the department to regain some profitability. So they turned to ESIA.

Soon after the integration of the system, Bernard was able to see significant improvements. Network problems almost disappeared or were resolved very quickly. The IT team was able to focus on various projects aimed at improving the overall infrastructure and, above all, optimizing their time.

As a direct consequence, the cost of maintenance has drastically decreased. The department is again profitable for him.